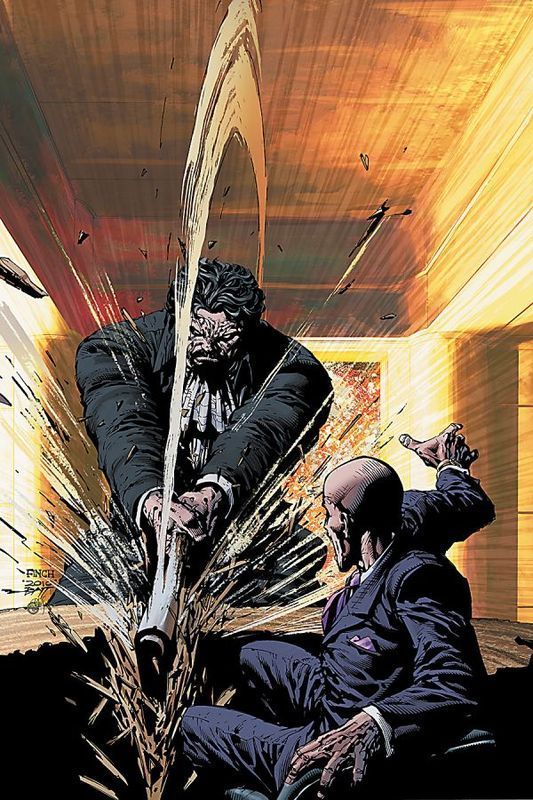 Written by PAUL CORNELL; Co-feature written by NICK SPENCER; Art by PETE WOODS Co-feature; Art by RB SILVA & DENIS FRIETAS; Cover by DAVID FINCH & BATT
Lex Luthor has had an incredibly difficult time of it lately, what with fighting master assassin Deathstroke, avoiding being eaten by Gorilla Grodd, and even meeting Death herself! Now he’s finally back at his office in Metropolis, so he can relax a little bit - oh shoot, Lex, watch out for Vandal Savage and that axe!
In the Jimmy Olsen co-feature, Superman’s pal has to convince a bunch of bloodthirsty aliens that Earth is too boring and staid to host the universe’s biggest (and most destructive) party. But how exactly is he going to do that? (Everyone, put on a bow tie!)
PVP: 3.99 € 3.79 €
0.00 $
0.00 £