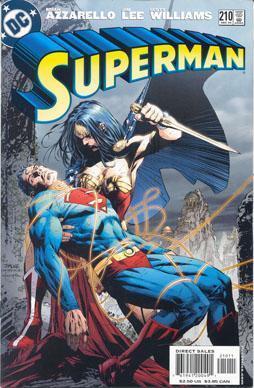 
Its the battle between the DCUs strongest heroes: Superman vs. Wonder Woman in a fight to the finish, written by fan-favorite Brian Azzarello and illustrated by Jim Lee and Scott Wiliams as "For Tomorrow" continues! When Superman inadvertently sets off a series of catastrophic events after destroying the Vanishing Tech, Wonder Woman must intervene and attempt to put an end to the chaos. But Superman has plans of his own and wont let the Amazonian interfere without a fight  and what a fight itll be!
PVP: 4.00 € 3.80 €
0.00 $
0.00 £